Urgent Project: Esther saved the Jews, now we can save esther

In the shadow that has been cast over humanity by the Civil War in Syria and the Global Refugee Crisis it has created one would be excussed from wondering what an individual or small community can do to make a difference in the face of such overwhelming forces and events? But as our Jewish tradition teaches us, we are not free to do nothing, even in the face of what seems like impossible odds.

In 2016 Temple Sholom raised funds and provided the volunteers necessary to resettle two Syrian Kurdish Refugee Families in Vancouver, BC. Eight human beings are now living and thriving in Canada because of our efforts.

In 2019 we have undertaken the sacred mitzvah of saving a life(s) yet again. Esther & Zara are a young Syrian Kurdish couple fro Kobani, Syria (near Aleppo), they fled for their lives as ISIS bombed and attacked their home. Living now in Iraqi-Kurdistan they want to immigrate to Canada. Read their full story here

In partnership with the Anglican Arch Diocese in Vancouver and friends in the United States we have securred a spot for them as refugees in Canada. We must raise $50,000 to prove to the Canadian Government that we can cover their resettlement expenses (food, housing, transportation etc.) for one year.

"It is not incumbent upon you to finish the task, but neither are you free to absolve yourself from it..." (Avot 2:16) 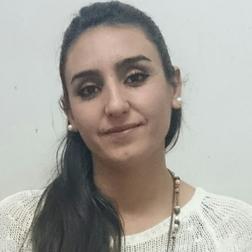